Yeah, I know. Before you guys start in on my, know this: I know.

Well, I know a lot of stuff. Also, by me over-using the word know, you'd think I was getting paid to use it. I am not. But, if any of you are interested in paying me to use specific words, email me! Heh.

Mainly, I am fully aware that I am kind of a huge Blog Slacker these days. I've tried to explain myself with poor woe-is-me posting and general stupid rants. Did it work? No? Funny. I was sure that all that whining and complaining would convey to you my deepest, darkest feelings of chaos that surround me daily.

No matter. Today I am BACK! And I have a story! A good one! And an excessive use of exclamation points!!!

Okay, so last week a friend of mine was here visiting! (Oh. Sorry. I'll stop now.) My friend and I are now in a fight because I recently discovered he doesn't like chicken. I KNOW. WHO doesn't like CHICKEN?! The conversation pretty much went like this:

Me: We're having chicken for dinner tonight.


Ex-Friend: You've known me for over 10 years and never once have I eaten chicken at your house, even though you always make chicken. How do you not know this?


Me: It's CHICKEN. Everybody likes chicken. Is this new? Did you recently decide this?

Ex-Friend: You keep saying that.

Me: Not even BBQ chicken? What about chicken salad?

Over the next few days my ex-friend (we'll call him Dre) may have become increasingly annoyed at my steady stream of questioning. I even continued it through Facebook which I realized may have been too far when I logged in the following day and saw this: 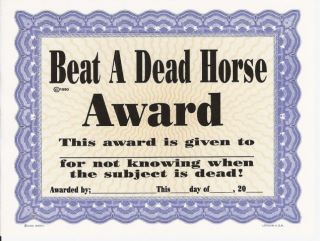 Me: [posting to Dre's wall] Uh. It's not even legit. You forgot to fill it out.

[a few minutes later I get this] 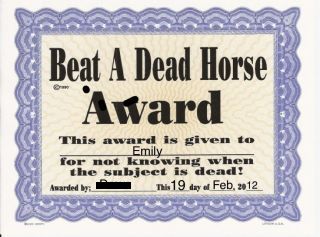 Since his visit, Dre may or may not have fallen victim to anonymous fowl postings to his Facebook wall. I am not certain, but I suspect that I am solely to blame.

In retaliation, there have been some not-so anonymous postings to my Facebook wall. 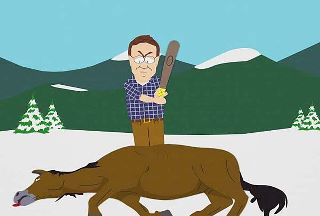 And another photo that I am pretty sure I shouldn't post here because someone used Photoshop to paste a dead horse into a scene from Office Space where the guys beat the copier to death and I don't really want anyone to think that I did that, or know anyone who beats animals.

Also, am I supposed to give some kind of credit to the people who created these photos? Because Dre stole them and I don't know where they came from.

Actually, that's about all I have for tonight.

Elle and I have something in the works that links directly to this. We should be back tomorrow with the full story.

And I'm totally not leaving you in the lurch on purpose. I'm just not quite done wrapping things up and until then, you guys will have to wonder what in the freak I'm up to next.