Part Deux of my Seattle Trek


Today I'm all about improving character and righting wrongs. Instead of telling y'all all.. all of you.. you all... everyone what Round 2 of Seattle was like, I'm going to request that we spend a minute in prayer trying to save my soul.


Yesterday, I touched on the highlights (or how many times we all were nearly arrested) from Sunday's trip to Seattle.


I awoke to the sound of Elle badgering Gary about where exactly the car was supposed to go.
I remember thinking In the street, shut up and go back to sleep, woman! It's the middle of the night. Do it in the morning! What time is it?! It's... 7:30am. Whatever. ZIP IT!


Elle: From five cities away and a two hour drive?


Gary: I can only hope he was trying to sleep since he had to get up at 4am.


Me: Shh. You're both dreaming.


Sitting in the cafe, we filled Mumsie in on the night before, basically telling her that we found a nice church and fed some orphans. Elle, Gary and Mumsie opted for Mimosas, I opted for three cups of coffee and four glasses of water. About that time, we all made plans to flee our lives and move to the city. I let myself daydream and pictured myself walking leisurely through the streets, my hair flowing the the wind, cup of coffee in hand and peeking into the shops near Pike Place Market. Then, I remembered the three saplings I'd left at my parents house and the vision changed to a frazzled woman with dirty hair, coffee stains on her shirt, chasing children out of shops (shudder). I started to imagine Elle's life in the city, but it was so much worse than my own vision that I turned to my mother instead.


Mumsie: That about covers it. Now all we do is wait for him to die.


WTF did I just miss? Did my mom just plan murder?


Waitress: Milk. Do you want some?


I'm an accessory. I'm going to jail. Do they have mimosas there?


After breakfast we took a stroll down the hill to Pike Place Market. That's where they throw the fish when you order it. It's pretty famous and even when I lived in southern California I'd heard about it. I totally planned on buying fish to see them biff it and waste some carp. Never mind that we had a two hour drive and no way to store fish.


That was the plan, until I saw the price tag at $16.99/lb. Um, no thank you. I hung around waiting for some other fool to order some halibut. It was pretty cool, because when this chick stepped up to order fish, the guys behind the counter asked everyone waiting for photos to step in. I elbowed myself between a nun and a European couple and took a prime spot.


Uhm... that was totally LAME. Not at all what I was expecting. Did you hear the boys gearing up for a song? Totally cool until it reached the height of plbbbbbbt-lame-anticlimactic.


We wandered out to the street vendors to check out fruit. My sister and I have always wanted to buy fruit from a street stand and eat it while walking around. Shut up. We have unfulfilled dreams from when we were seven. We also aim to walk down a city street with a paper grocery sack toppling over with vegetables and a loaf of french bread. We're cool like that.


Big Red (and I can say that because I'm a ginger, too) reeled us in at Fruit Stand Numero Uno (not the real name). We were checking out these massive Pink Lady apples and debating whether or not we could hit a seagull with one when Mr. Red showed up.


Biggie R: Know what you're looking for? Want me to tell you?


Whoa. Hold up. Did we just get propositioned? What kind of fruit stand is this?


Biggie R actually let us sample apples and pears which were so mother-loving good I almost died. We told Biggie R to pack us each up an apple and a pear: four people, eight pieces of fruit. Fifteen dollars. That is nearly two dollars each. Good godzilla. Part of me wonders whether his scale was accurate since he ran off to the other side of the fruit stand and hid behind a wall before he came up with his total. Perhaps we should not have shared our desire to buy real fruit from a real fruit stand with the shop owner.


And now, since we spent some time trolling the streets and acting normal for once and therefore have little funny-ha-ha material, I shall share a few photos.


Remember the night before and how I was all Lets text Gary's friend and have him move the car for us ? Elle and Gary's opinion of my antics. 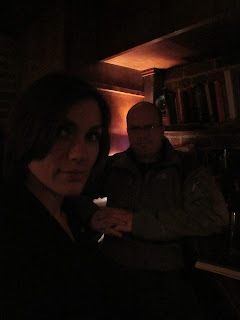 Somehow I get the feeling I wasn't as funny as I thought I was. 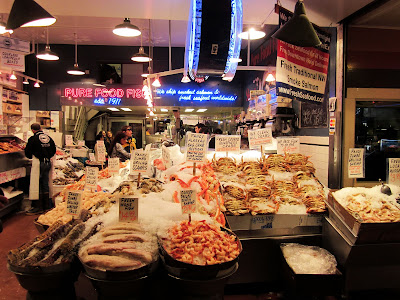 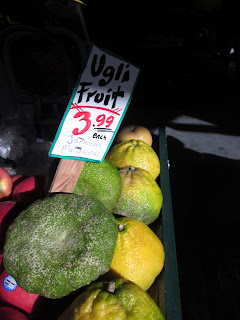 Ugli Fruit. And it was butt-ugly.

Did I mention my family was related to the chick on The Ring? I haven't really asked permission to post their faces on the internet and since SOMEONE can't return a text, phone call, twitter message, email or a KNOCK ON THEIR DOOR, I have to wait. 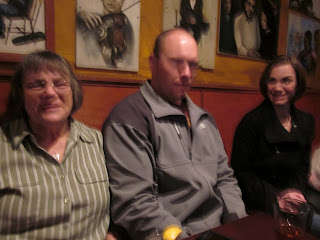 From the left: Mumsie, Gary and Elle


Stay tuned for the Third and Final Chapter.


Night! Because I started this post this afternoon and finished it riiiiight around 8:30pm. I'm in high demand people.