"Thinner" is not always better

I'm totally not one to over-react at the slightest hint of difficulty.

Did you guys see how I was freaking out earlier over the Silhouette Cameo that I bought? No? That is because I had to rewrite the post four times because started out as such a CRAZY PERSON rant that I was too embarrassed to publish it (and now you're confused because you already thought I was nuts. You have no idea).

Let's start by making one thing clear: This is not a how-to blog, it's not a review website, it's not even a properly punctuated. site. If you want a really detailed review of several different electronic cutters, you can go here. This site helped me make my decision.

I spend an outlandish amount of time on DIY blogs and Pinterest looking for awesome things to make. I love those sites because someone else already took the time to grow the idea, plan everything out, make me a shopping list and basically drove me to the craft store where I barely managed to purchase the supplies so that the person could almost hold my hand while "we" made the craft.

I have a fear of creativity, I think. Which is weird, because I have an entire room dedicated to my habit. And I've made a lot of really neat things. I could prove it to you, but then I'd have to kill you. Or drag out my Terabyte and search 5 million photos for my creations. Neither one is going to happen.

WAIT. I just remembered that the photo of the mugs I made for The League are on my laptop (remind me to tell you who the League is. It's a great story, but we just don't have time right now). 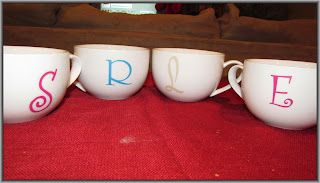 Believe it or not, this was ALLLL my idea. I am positive that not another soul on this earth has ever created something even remotely similar to those mugs. And what's more, I drove myself to the craft store and searched those vinyl letters out. Then, I drove to an entirely different store to purchase the mugs. After that, I was taxed so I took a nap.

The letters were a bit pricey and I knew that if I owned a Cameo, I could just cut those letters out myself without ever leaving the house (more time for snoozing!). Also, I could totally get away with Vinyling the entire house while Elle was gone.

Wow. Lots of back story here.

Let me get to the point.

The Cameo came with an instruction DVD and after I watched that and plugged everything in, I was ready to make my first cut.

I had a little trouble getting the letters to show up on the screen, but the Help menu took care of that right away. I played the instructional DVD while making the adjustments (the folks at Silhouette must have known I was going to buy one of these and made the directions pretty idiot-proof). I grabbed a piece of paper, loaded it onto the tray and prepared to watch the world end.

Hm. The paper appears to have adhered pretty well to the tray and now everything is ripping to shreds. I'll just make sure I set it lightly on the tray next time. Uhm.. it's still sticking. What the HELL. Why is this sticking so much? The chick in the video pulled hers right off. I WANT TO KILL THIS MACHINE! AAAAAACK! 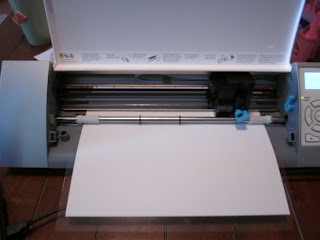 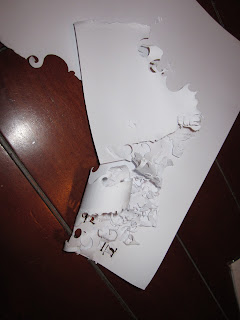 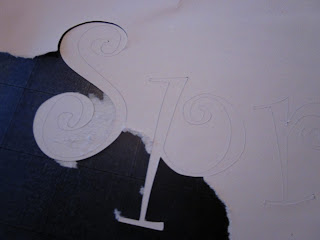 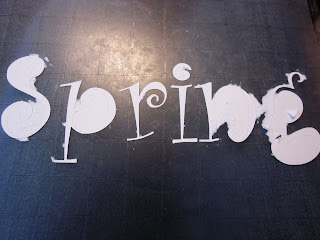 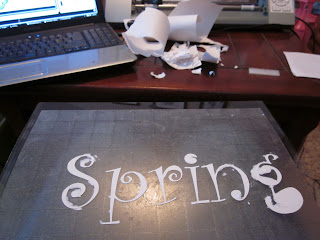 You may not have known this, but the Cameo appears to be prejudiced against thin card stock.

I knew the initial few cuts would probably code on the tray and die in a blaze of peeling. But this? REALLY?! I was going to kill someone. I was afraid that I'd dropped a few hund... erm, bucks on a machine that tried to mock me.

I prepared to execute another cut when something struck my eye.

Hm. Why is this thing asking me to Enviar para Silhouette? What does that even mean?


I glanced at the headers and realized it was all in a foreign language. AWESOME. The machine was clearly against me.

Fast forward to me emailing the Silhouette Support Team. They are really quick in their responses.


Me: I really wish I would have paid more attention in high school Spanish. I can't understand anything and I don't know how to set the language to English.


Silhouette Response Team Alpha 1: Not to make light of the concern, but you've provided us a good laugh with your high school Spanish comment. Here's how you fix it. Gracias.

Ah. Humor. I've never before seen that with any Tech Support.

I emailed a thanks in which I may have explained that their timing was impeccable because the Cameo and I were just about to don metal helmets and fight it out on my coffee table.

Their response? They were happy to have saved the Cameo from Mortal Combat.

Awesome. I freaking love those guys. I want to friend them on Facebook and send them every single thing I ever make on the Cameo because I know they will just love it.

After I fawned all over my new friendship, I ended up using thicker card stock and the paper came right off the tray.

See what I made for Elle's bathroom? 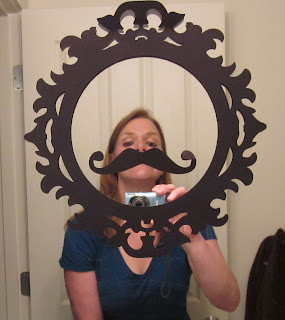 I think the hooded-eye look is extremely flattering on me. Don't you agree?

I'm totally not trying to paint the Cameo in a bad light. I'm merely trying to show you that I tend to flip the hell out over small incidents that are usually quickly resolved with minimal effort. And also, that the support team at Silhouette absolutely lives up to their stellar reputation. I think you should all go out, buy a Silhouette Cameo and do something goofy to it so you can talk to the super cool folks at Silhouette.

**I was not paid to review the Cameo and all of the poorly written opinions on this page are entirely my own.

That mustache mirror... Is epic.