Break Down: Both Mechanical and Mental

Yesterday was an exciting day.

I am totally lying when I say that.

Yesterday was a terrible day.

The night before, I'd attempted to use my laptop. And I didn't get very far because that old, broken piece of junk kept turning itself off. Repeatedly. After about fifteen infuriating minutes of attempting to get it running, I slammed the lid shut and swore at it, telling the electronic POS that I was replacing it with something new and better and I would finally be happy.

In the morning, I coerced Rawr in accompanying me across the river to Oregon (no sales tax!) where together, we would select a laptop that wasn't set on destroying my sanity.

Now. If I had my way, I would totally snap THIS BABY up in a heartbeat. 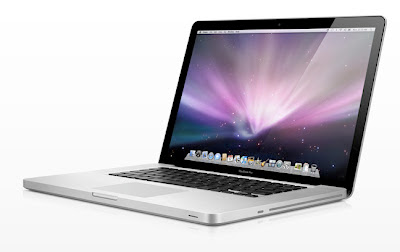 Isn't it beautiful? I mean, compared to THIS?

And this is with the lid closed. Alignment seems a bit off. 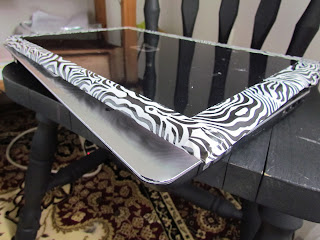 (I hate you, you stupid Compaq Bastard. I hope you get the Trojan Virus and DIE.
After I back up all my files, of course)

Alas, my dream of owning a two thousand dollar laptop is not in my immediate future. But that's okay. I am all for delayed gratification. But only in some instances.

I went for the partial gratification. Really, all I use my laptop for right now is Facebook, Blogging, organizing photos and diagnosing herpes via WebMD.

I figured I could buy a relatively inexpensive laptop for a few hundred dollars and then someday, when I win the lottery or rob an ice cream truck, I'll buy the super-pricey computer.

Rawr and I promised her husband that if he watched all seven kids, we would be back within ninety minutes and then he could watch football all the live-long day, to which he reluctantly agreed.

We drove to the neighboring city and made it to the store. Cut to four hours later, fifty-seven calls to various towing companies and one seriously irritated Ginger later, and you have MY afternoon.

I ripped the gear shifter thingie-ma-bob off my car.

I mean, all I was doing was shifting gears and when I stepped on the gas there was a huge revving sound and I was like, "Oops, guess I'm in neutral," then tried to re-adjust.

And that's when I realized the gear shift was sort of lax and swinging all around the place.

I looked at Rawr. Her expression was a little hard to dissect. Some horror, a little bit of WTF, and a lot of NOOOOO WE ARE IN THE GHETTO! GET ME OUT OF HERE!

For we had mistakenly trusted Mapquest and ended up in a rough area of town. Well, how was I supposed to know! I don't live there.

We eventually got a truck to tow my car to a repair shop. But it took an eternity, and Rawr's husband had to come pick us up. Rawr and I thought we were going to get initiated right there in the parking lot while we waited.

So I will have to wait until Monday to see what the heck actually happened and what the repair costs are. I'm pretty sure that it's just the gear box. And I'm willing to bet the part will cost less than $11. The labor? Oh, knowing my luck it'll take 36 hours to rip it apart and put it back together.

And the best part?