To My Dearest Sister on her Birthday

I was like, Hey. I should get her a gift right? So I set off to the city where they have a wide selection of gifts. My car gets pretty bad gas mileage so I just decided to hitchhike. I'm not really afraid of strangers. Dunno why. Just never have been. 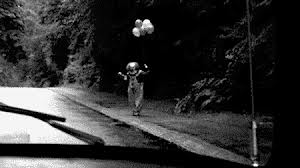 When I got to the city, I discovered I had left my wallet at home. 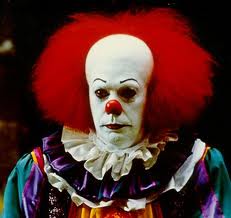 Great. WTF was I going to do now?

Dude, before you get all judgy, you should know that I don't really have a lot of pockets. There's not really a convenient place to stash my wallet.

But then, all of a sudden I had an IDEA! 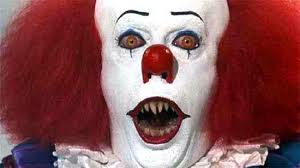 I totally knew how to make money. All I needed was a few kids. I looked around. Across the street was a woman and two kids. Bingo. I ran across the road and called out to the lady. 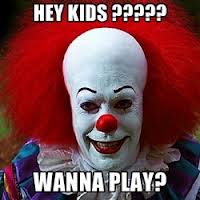 Her kids looked pretty excited. They started screaming and running in circles, and one of them was so excited he had tears in his eyes. 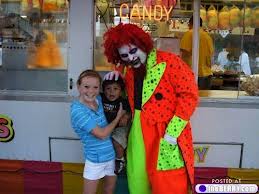 It was a little humid at this point so my hair looks a little different that usual.

Only I guess the mom didn't like redheads because she hit me with her purse and started screaming. and swearing and grabbing her kids out of my arms. 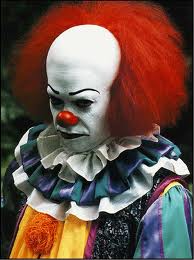 Only she got even more mad and pulled out a nail file, which she used to stab me in the elbow, all the while screaming Police, so I ran. What? I panicked. I'm not used to getting jumped like that. Freaking wack-job.

I escaped down the storm drain, where I waited for a while just to make sure I wasn't being followed. It was pretty hard to see down there, and the ground was covered in some kind of wet nasty crap that was seeping into my shoes. I needed to get out before some kind of contaminant ate my face off.

Sweet thing about storm drains: easy to get into, not so simple to escape from. I spotted a guy sitting on the sidewalk and called out to him.

Yo. A little help here?

He totally did not hear me. So I yelled a bit louder. The guy didn't hear me, but some kid in a rain slicker holding a balloon did. Which I thought was weird. It wasn't even raining out, but this kid was dressed head to toe in yellow. Maybe he thought he was a duck. 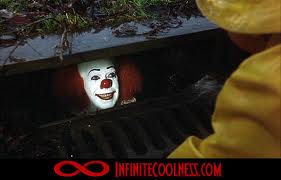 The kid asked what I was doing. I explained that I had fallen into the drain and now needed some help getting out. The kid gave me a distrusting look and left. Little jerk. I hope he floats away while I'm stuck down here, I thought.
But the man on the sidewalk had taken notice and came over to peer down into the hole. You really shouldn't be down there, he said. It's pretty gross and you could get stuck. 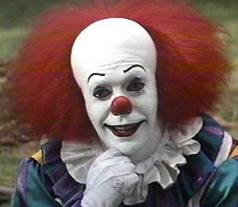 Yes, I said. Please tell me more about what hangs out in storm drains.

Dude pulled me out and I thanked him. He asked if I needed any more help, so I had to explain to him how I had left my wallet at home and needed to buy my sister a present. The man handed me some cash and said I just looked like the kind of person who would pay it forward. I thanked him again and gave him my old business card, the one with my high school photo on it, and told him I hoped so see him around some time. 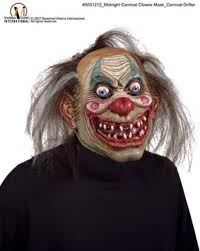 No one's hair ever look good in high school, so I don't even want to hear it.

At this point, the day was nearly gone. I walked the streets, looking into the storefronts and trying to spot something that would really interest my sister.

And then I spotted it. Smack dab on the wall near the window of one of those really crazy novelty stores. 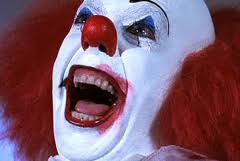 Ye-heh-es! She will LOVE THIS!

I hustled into the shop, where I stopped cold. 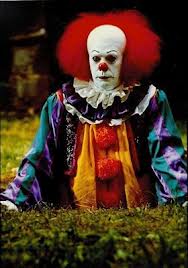 Uh, what is this? 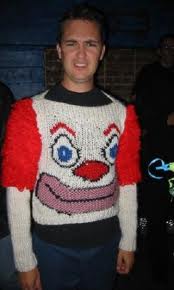 Don't look at me like that. You're wearing a giant clown on your sweater. Do you even know how ridiculous you look? Please.

I didn't like the way he made me feel, so I went to the back in order to pretend to use the bathroom so that I could really just wait for the sweater-guy to leave. Except they were doing remodeling in the bathroom and forgot to write a note and put it on the door, so when I stepped into the bathroom I fell into a hole. 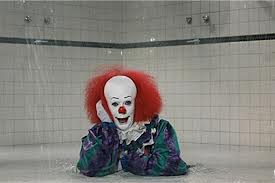 This really is not my day, people.

I made it out of the bathroom, but I lost both of my shoes in the process. I let the lady at the front counter know about the bathroom situation and went around to the wall next to the window. 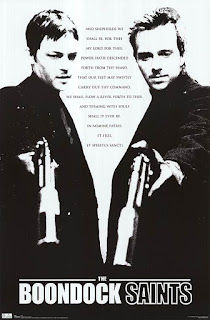 I felt a tap on my shoulder. It was the mother of the kids who I had tried to entertain earlier. She was standing next to an officer. 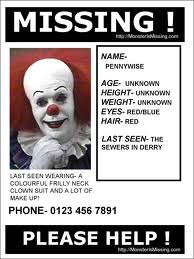 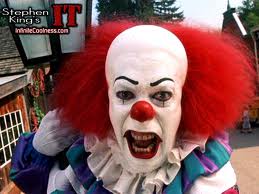 I hope you're happy, my kids want me to keep going through the pictures. The 6 said "All three of us are laughing because of your clown silly jokes!"

Eff YOU, my kids now know how to torment me! And I'm incredibly scared because they don't seem the least bit troubled by ANY OF THESE IMAGES! I'm raising monsters.

I nearly fell asleep last night while writing this. And then I dreamed of sewer clowns, so I guess we're even.