Then there was that Day

Sometimes I come here with the intent to write about something specific I saw, or that happened to me. Usually it's funny. Sometimes it's rambling, and every once in a while it's real.

Occasionally I will get the urge to write my story. My life. The real one.

And yet I never get to that point.

I don't think I am ready to put it out there. There are parts of me that read like an open book (or a terrible soap opera playing in a foreign language) that are good for a laugh. There are things I do that make others cringe, which is why I write about them on the internet. It is more of a warning, really. An example of what NOT to do.

But this weight of uncertainty that has attached itself to me for the past year has been dragging me down as of late. It's affected everything. For lack of a shittier cliche, I have realized that I do not know who I am, only that I am drowning.

Don't get me wrong. I can recognize myself in a photograph. I'm the pissy redhead with the half smile that never reaches the eyes.

I might yuck it up here on Eloquence, but for a while I've been existing in a state of numbness. Blah.

Last week I stood in my bathroom, just looking at my reflection in the mirror. Staring at my eyes, mostly (this is where y'all can make those Ginger jokes about eyes being the windows to the soul, only Ginger's have so many stolen souls in there we can't figure out which one is ours).  And that's where you can see the effects. The eyes tell everything about a person.

I didn't recognize me.

Who is that, I wondered to myself. Because she looks lost. Sad. And in need of a good stylist. Look at those split ends.

So I made a decision.

I called the salon.

Oh, and also: There is never going to be another today. Ever. This is it. I can sit there, hovering in a state of what-the-eff-ever, or I can stand up and start moving. Any direction is better than none.

Screw this, I finally said to myself. I might not have the life I imagined, or the life I want. But Life is out there and I'm going to go find it, seeing as how I've been letting it lap me for months on end now. I used to have spunk and life and energy once. I guess I just put it down when the weight of my life became too heavy.

Well, I took a rest and now I'm ready to pick those things up again. I might let stupid things intimidate me and I'm kind of sensitive in a lot of areas. But really, who isn't? We all have battle scars from different wounds.

We can't let those things run our lives. Sure, some things are out of our control. It's all in how we handle what is thrown at our faces and what we decide to do with it.

Don't worry. I'm not going to talk about life and lemons and bitter lemonade. That kind of talk can get someone punched in the face.

Usually, you're not ready until you're ready. 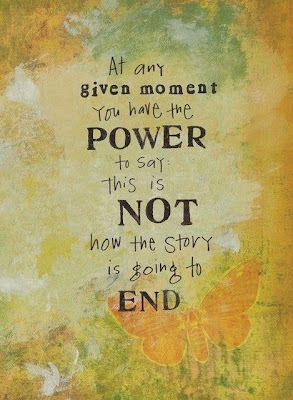 Reading that made me want to slow clap... So I did. My coworkers think I'm a friggin weirdo. Fucking A Ginger. Fucking. A.